I Can't See My House 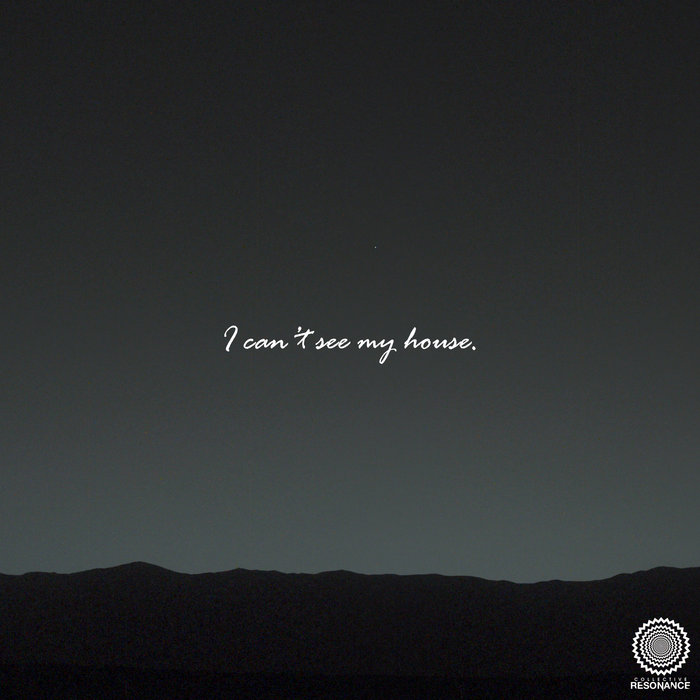 N.B. In addition to Bandcamp, this release is also available on Spotify, Apple Music, Google Play, Amazon and all major services. You can choose a preference via the link below.

We're excited to wrap up 2017 with this new fundraiser compilation titled, 'I Can't See My House'. The LP consists of twelve excellent tracks, and on top of that, there are some beautiful limited-edition 12-inch records to accompany it. These are lathe-cut vinyl records, meticulously crafted in Poland, by Greg Boro at beevinyl®.

All proceeds from this release are going to The Union of Concerned Scientists. Many thanks to Eli Good AKA Man of the Downtrodden for the suggestion. We have done our last few compilations as charity fundraisers for Amazon Watch, Oxfam and Cancer Research UK.

The Union of Concerned Scientists is an organisation that works hard to try and find pragmatic solutions to many of the global issues we face today. From combating global warming and developing sustainable ways to feed, power, and transport ourselves, to fighting misinformation, advancing racial equality, and reducing the threat of nuclear war.

We decided that we would like to try and raise funds for such an organisation after the Trump administration announced plans to pull out of the Paris Agreement earlier this year. We believe that global warming is a genuine and very concerning problem, as are some of the other issues mentioned above.

The image used on the cover of this release is a photograph taken from Mars. You can see Earth as a pale blue dot in the distance. You probably can’t see your house though. It isn't as far away as the famous shot taken from the Voyager 1 probe back in 1990. That was taken from approximately 3.7 billion miles away. Mars is currently about 36 million miles away from Earth. But most people would probably have to agree that this NASA shot is still very awe-inspiring, not to mention humbling.

Last but not least, we want to say a big thank you to all the artists involved with this project. Your contributions are truly appreciated, and we respect you for helping a good cause. We’d also like to say a big thank you to anyone supporting this release in any way, whether you are paying to download it, telling friends about it, playing it on a radio show or whatever. We sincerely appreciate your efforts.

P.S. You can check out the official Union of Concerned Scientists website at www.ucsusa.org